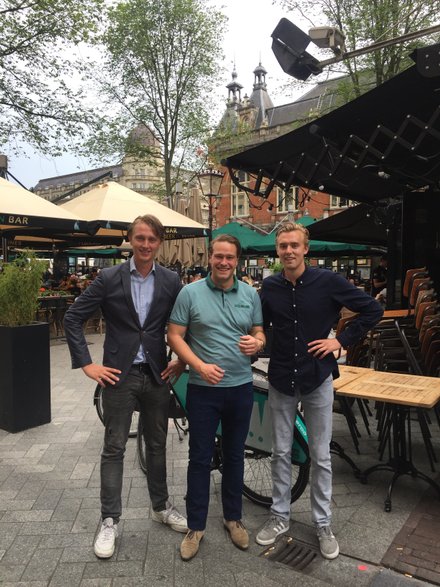 Joep de Hoog sent me a question by mail last year already. Did the museum have economic issues that needed a bit of research of a qualitative, not quantitive nature, which he could assign as a learning case to some of his business science students; De Hoog is a teacher of business management at Amsterdam’s university for applied sciences. He didn’t want his students standing outside the concert hall counting heads of those who pass without buying tickets. Something like that. Well I did have a  business case, even though museums are not businesses, which could do with some qualitative research. For the past eight years most government sponsored or co-ordinated marketing efforts in the city have passed willingly this museum’s door and although that doesn’t keep me awake it is somewhat at odds with official wishes for more private initiative in the field of culture. Is it then the city’s wish that we sponsor the Stedelijk Museum to document and preserve the 600 German artworks they have recently acquired by donation or does Amsterdam want me to sponsor the Saudi Arabian state oil company to help them extend hajj exhibitions for eternity at the Museum of World Cultures in Leiden and Amsterdam? Well, I will not. This museum has a start-up vision of itself. The students talked to several people in the city, which they selected themselves and who I thank for their time and willingness, and provided me with a report full of useful information about the specific marketing and business environment of Amsterdam’s museums and came up with two conclusions: one, that I may or may not consider to put in a lot of effort in time and money to become a member of the museumsociety, which to my mind made no sense yet for several reasons, and two: that they advise me to talk in 2018 again with the museumnacht organisation about taking part in their evening of celebration. Although I may not follow-up all of their conclusions, perhaps not even one, Jeroen de Groot, Maarten van Gennip and Michiel Lakeman were all three of them equipped with a quick mind, the report was useful and after having received and discussed it, I took them for a drink at my local pub beyond Leidseplein and walking there made this portrait of all three gentlemen.