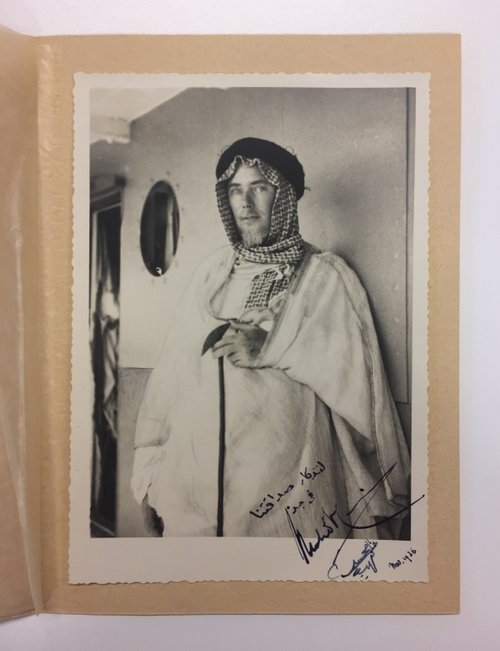 A Saudi from Amsterdam

Haji Muhammad Husain-el-Mahdi (1891-1972) was a convert to Islam from Amsterdam, a naturalised citizen of Saudi Arabia, a businessman in Jeddah for more than forty years, a sheikh of the Hejaz and as such intermediary for the arrival of all pilgrims by ship from Singapore and Indonesia, importer of European and American technology, installing electric light at the Grand Mosque in Makkah, conceiver of the first large yacht designed by H.W. de Voogt, and the local associate of geologist Karl Twitchell founding the gold and oil business with Ibn Saud; he was also known by his birthname Arthur Neervoort van de Poll, or simply as 'Arthur van de Poll.'

Finding in the Dutch National Archives this unpublished picture of a man, who was born in Amsterdam and converted to Islam before becoming a Saudi Arabian national after having lived and worked in Jeddah for over forty years,  is one of the finer rewards a bit of research can provide. It was in an envelope printed for his father, J.R.H. Neervoort van de Poll of Rijsenburg, a countryside town not far from Amsterdam, and addressed to Adriaanse, a former Dutch consul in Djeddah, staying at the Prince de Galles Hotel in Monte Carlo. It was sent by the portrayed man himself, Arthur Neervoort van de Poll, who simply crossed out his fathers initials and the name of the countryside town of Rijsenburg and changed those to an initial 'A' and the location 'Monaco.' His home away from the Hejaz, easy to reach by ships stopping at Genua after dropping off pilgrims at Red Sea ports.

A practicle man clearly, who hadn't bothered about printing new envelopes. Earlier this man's name popped up for me in old newspapes from Indonesia,writing about the hajj, which is how I discovered this story. In a travel report by a Dutch journalist accompanying pilgrims on their way to Makkah; 'By Hajji-ship to Mecca,' was published in De Indische Courant on December 29, 1934 and this is what the reporter wrote: "Among our people there is the remarkable figure of mister Van de Poll, who has been living in Jeddah since 1911 and has converted to Islam many years ago. He climbed aboard in Arabic clothes, existing of a red checkered scarf covering his head and a cream colored robe and cloack with lining of gold. In the middle of all that colourful cloth there was the blushing face of a real Dutchman who had not yet lost his sense of humor.'

The history of this man who converted to Islam and had an international approach to life and business, remains largely unreported in Dutch publications, which tend to concentrate on the colonial gouvernment's man Snouck Hurgronje (1857-1936), who spent only a short time in the Hejaz, and was not researched for a recent exhibition about the hajj in the Netherlands. I spent some time looking into it and felt the man of interest enough to add a heritage section to this website. Van de Poll's story has been divided here in separate chapters, which can be linked below or in the menu on the left.

Over forty years in Jeddah

Conversion to Islam and Arabic name

Half an English pound for every pilgrim

Electric lights around the Kaaba

First wife: the daughter of a hajj-ship's captain:

Second wife: the sister of 'his slave' Sadik:

A palace in Biskra, Algeria.

The beginnings of Aramco.

Photo: Arthur Neervoort van de Poll with written by hand in Arabic: 'in memory of our friendship in Jeddah' and his name signed as 'Muhammad al-Mahdii,' dated November 1936. The picture itself must be older considering his age. The reproduction was made by Greenbox Museum. The translation from Arabic was kindly provided by Thomas  Milo of www.decotype.com. The original is in a file at the Dutch National Archives in The Hague (Nationaal Archief, Den Haag, Collectie 406 Adriaanse, 1886-1985, nummer toegang 2.21.205.01, inventarisnummer 86). 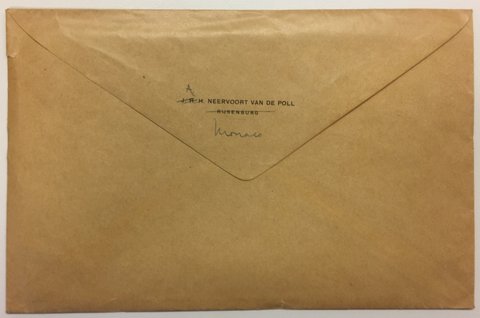