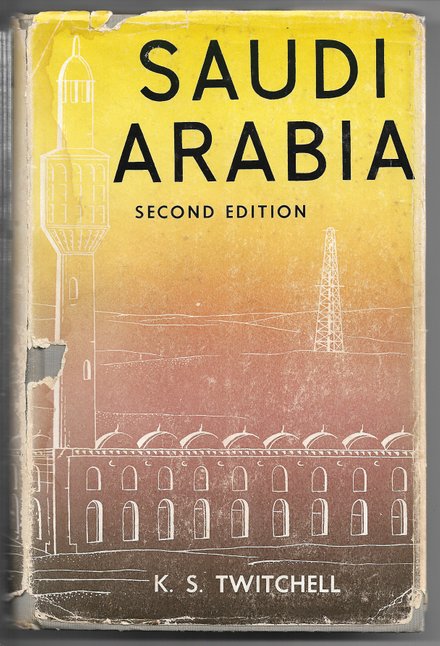 A book by mining engineer Karl Saben Twitchell, who did the exploration work in the 1930s that opened the way for Saudi Arabia's oil business, which now goes by the name Saudi Aramco (1). It crossed our path because it mentions a Dutch convert to Islam, Arthur Neervoort van de Poll or Muhammad Husain-el-Mahdi, who in the first years of Saudi Arabia's oil and goldmining business is said to have been of very great service, speaking Arabic well and 'tireless in getting equipment through Jidda customs and up to the sites where it was needed.' The book's publisher recommended the author as both a technical adviser to the Saudi Ministry of Finance and a personal friend of 'King Ibn-Saud.' A book also, as was apparently said by some historical paper about the first edition, a 'must' book for every serious student of modern imperialism - still a word en vogue in 1947 - and world affairs.