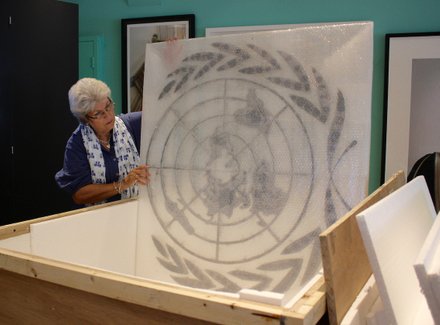 To wrap up the old year and start the new year the museum incorporates into its permanent collection new work that was acquired in Saudi Arabia in 2015 and 2016. The photo shows a volunteer helping unpack Human Rights (2016) by Sara Khodja, which reflects on the United Nations as an assembly built on a barbed wire structute not realizing the type of unification that Islam and other utopian pursuits envision.